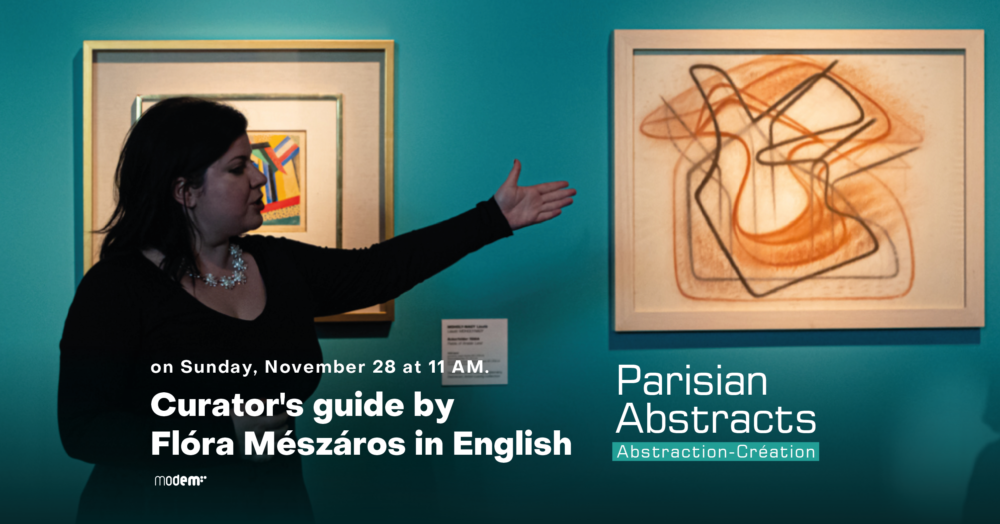 All visitors are cordially welcomed to the English curatorial’s guide given by Flóra Mészáros at the exhibition titled Parisian Abstracts. Abstraction-Création. Kandinsky, Hélion, Calder, Moholy-Nagy… at 11.00 on 28th November on the second floor of the MODEM.

By 1930, Paris had become the European hub of various nonfigurative trends, including abstract art, and the center of international avant-garde. Active in most of these, Abstraction-Création was established in 1931. It quickly became a meeting point for artists of different nationalities, covering more than 20 nations, whose activity had a key role in the progressive movements. Its membership included, among others, Auguste Herbin, Jean Hélion, Jean Arp, Piet Mondrian, Alexander Calder, Jean Gorin and Robert Delaunay. The group defined two different paths to nonfigurative art, which were the organic path of abstraction and the geometric path of création. They successfully coped with the challenges of the 1930s, namely that there was no state financing for abstract art and that nonfigurative artists had a hard time asserting themselves without any institutional support. Research has shown that they hoped to go on longer than their predecessor groups. They traded stocks, contacted wealthy collectors and businessmen, and did everything in their power to launch a journal and open a gallery. In the end, they were able to print five issues of the journal, and were able to open a gallery in 1934.

The immunity certifitcate and face mask is obligatory.